She offered him Honour.
He honoured her offer.
Then the whole night,
in honour of her offer.
He was on her and off her.

Tom’s wife Tanya left town on Tuesday for two weeks in Thailand. Tom is left with two tiny kids to take care of. Tom only knows how to cook toast and tacos. Tonight he’ll take tomatoes and put them atop toast. Tomorrow he’ll get take-out food. The next day, he’ll stuff meat and potatoes into taco shells and present a tasty treat to his two tiny tots.

She ended, and appear’d on other thoughts
Intent, re-ent’ring on the wheel she late
Had left.  That other joyance meanwhile wax’d
A thing to marvel at, in splendour glowing,
Like choicest ruby stricken by the sun,
For, in that upper clime, effulgence comes
Of gladness, as here laughter: and below,
As the mind saddens, murkier grows the shade.
The Divine Comedy – Dante 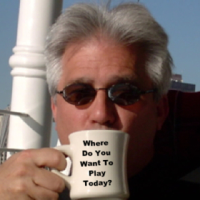